Home / Economy / Our Future Workforce: The Rise of the Individual

Our Future Workforce: The Rise of the Individual

Enabled by new technologies, individuals are forging pathways to work that bypass the long-term institutional connections once required for career development. 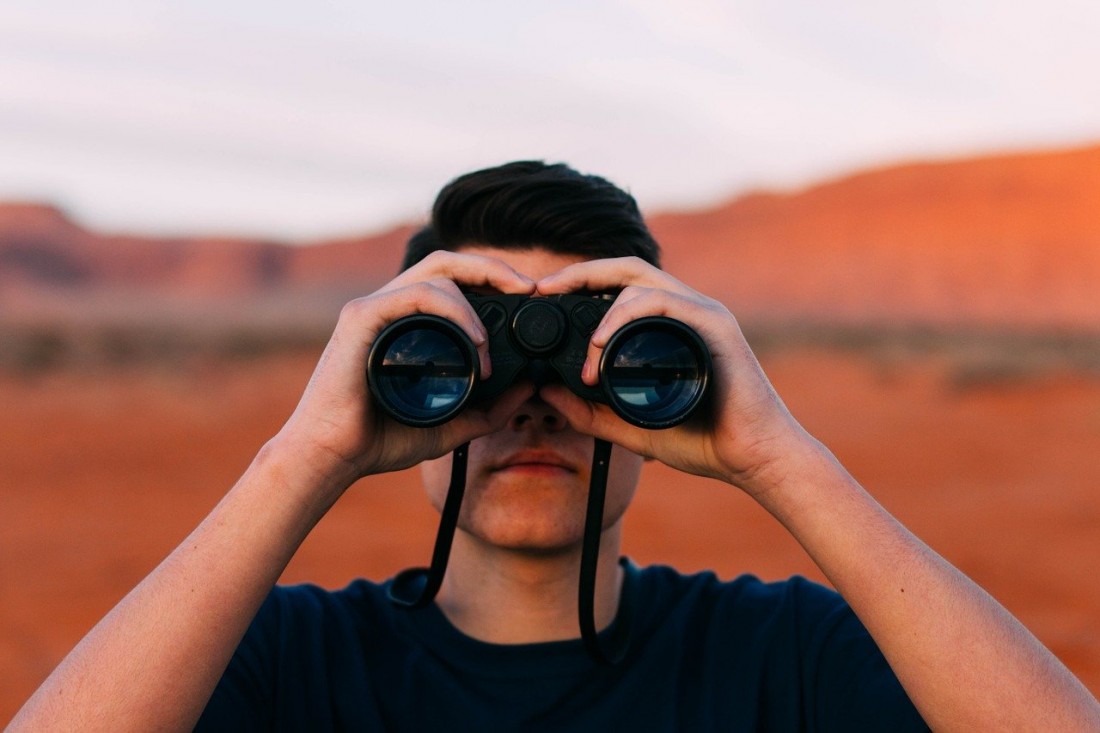 This is the fourth and final in a blog series on drivers of change for Our Future Workforce. The other three posts focus on demographics, automation, and business model changes. Our next series will use case studies to offer insights into local and regional efforts in North Carolina seeking to respond to these drivers. Please offer suggestions for case studies here.

Enabled by new technologies, individuals are forging pathways to work that bypass the long-term institutional connections once required for career development. Nowhere is the trajectory of this trend more transparent than on college campuses. When I began working in higher education in the 1990s, most students who were asked, “What do you want to do when you graduate?” would likely respond with a specific “dream company.” In contrast today many students talk easily about their career plans as a series of specific experiences that they expect to come from a succession of short-term affiliations. For some of these students, the world of work is envisioned as relatively short stints as traditional employees with established or start-up firms. These are the “tours of duty” workers. For the “freelancers,” the picture involves independent-worker contracts. Of course, there continue to be students who seek to start an enterprise and those who have no idea what they hope to do after graduation. Apparently increasingly at risk of extinction, however, are students hoping to clock 40 years of 9-to-5 days with a single company.

The world of work is changing, and the vision of work by those now entering the workforce is fueling new arrangements and opportunities. By 2027, over half of our nation’s workforce will be employed in the Gig Economy.

Few people dispute that we have seen an explosion in the number of people working in more transactional relationships through the Gig Economy. However, the sector’s size and growth have been difficult to pin down because no comprehensive database exists. Moreover, the concept is complex and those who are trying to measure it through surveys, platform company data, or other proprietary information (including those cited in this blog post) often use differing definitions. For the purposes of this post, the Gig Economy is defined by worker arrangements that are intentionally short in duration and/or performed by independent contractors.

A new social contract is developing between companies and their workers, driving major changes in the employer-employee relationship. Workers want an enriching experience at every stage, rapid career growth, a compelling and flexible workplace, and a sense of mission and purpose at work. When employers fail to deliver on these employee expectations, and maybe even if they do, they can expect to see their employees leave after a few years.

Deloitte’s 2016 Millennial Survey suggests the expectations of millennials are major contributors to the shift of expectations. If given the choice, within a year, one in four millennials would quit his or her current employer to join a new organization or to do something different. That figure increased to 44 percent when the timeframe was expanded to two years. Two of every three survey respondents admitted that by the end of 2020 they hope to have moved on, while only 16 percent saw themselves with their current employers a decade from now. Looking ahead, Deloitte suggests a typical “gig” with a company will last an average of 16 months. 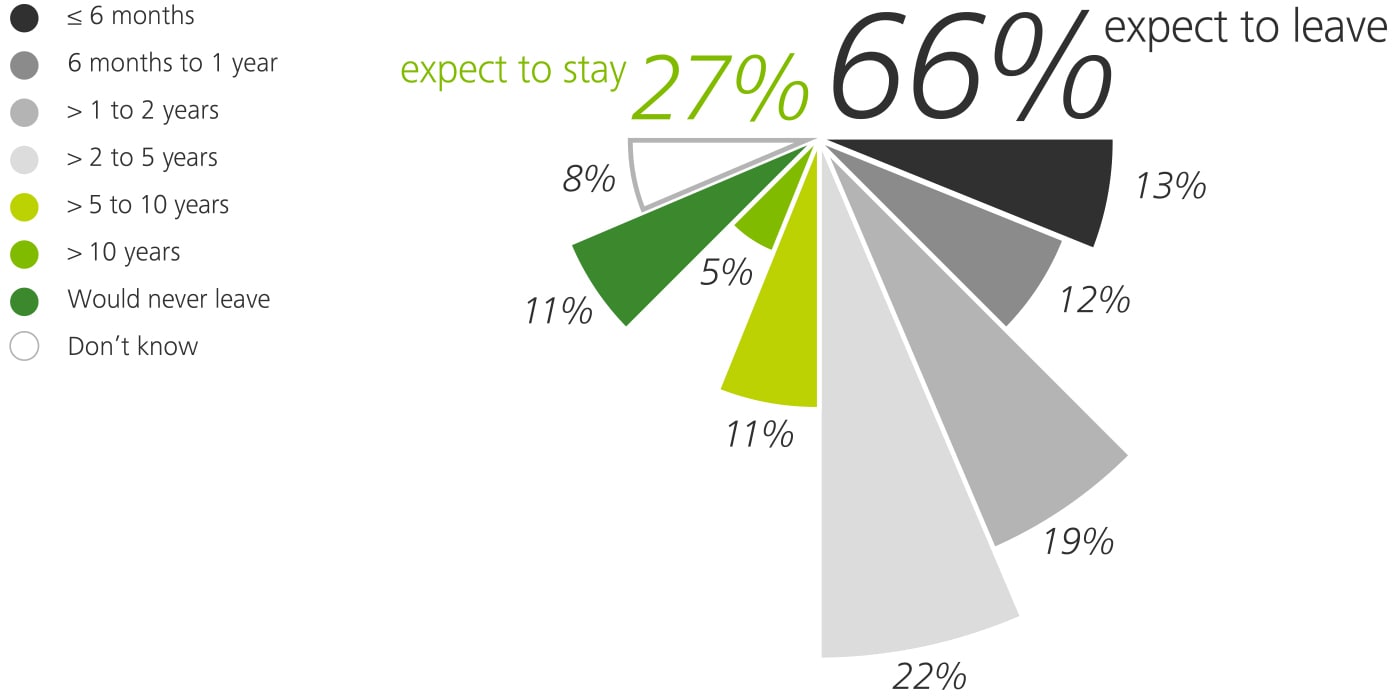 This turnover in employee retention represents a significant change in the relationship between employers and their workforce. Historically, employers were expected to invest in the long-term career trajectories of employees. In exchange, employees moderated short-term expectations. In the new world order, both sides will be more impatient. Already, we hear increasing complaints from employers who are frustrated that they are unable to get immediate, full productivity from new workers. On the other side are employees who expect every day of their short terms to be filled with meaningful learning opportunities that position them for the next gig.

Work by freelancers is rapidly evolving as the predominant form of employment as digital platforms facilitate connections between (1) companies and individual customers who need a service performed and (2) workers willing to provide that service. According to the 2017 American Freelancing Survey, freelancers are predicted to become the U.S. workforce majority within a decade.

Today, more than one in three US workers are freelancers — a figure expected to grow to 40 percent by 2020 and 57 percent by 2027. In fact, we could reach this milestone even faster as younger generations become a larger portion of our workforce. Almost half of our current working millennials freelance, a participation rate higher than any other generation. Seniors are also bending the curve for independent workers. Of seniors over age 65, 48 percent of those with earned income in the United States are independent workers. Some employers are driving this change in labor arrangements. Almost half of the executives surveyed by Deloitte (42 percent) expect to increase or significantly increase the use of self-employed workers in the next three to five years, while only 16 percent expect a decrease.

However, it is important to note that people are increasingly freelancing by choice. Asked whether they started freelancing more by choice or necessity, 63 percent of freelancers say by choice — up 10 percentage points since 2014. The top drivers motivating people to start freelancing are the desire to (1) be their own boss, (2) choose their own projects, (3) choose when they work, (4) choose where they work, and (5) earn extra money.

What This Means for Skills Development

Workers at all levels and of all kinds are demanding access to dynamic learning opportunities — they expect it as part of their working lives and careers. Already, 30 percent of executives see learning as the primary driver of employee development. Freelancers are seeking out these opportunities on their own. Notably, freelancers are proactively preparing for the future, with almost twice as many having participated in skills-related education in the past six months compared to non-freelancers.