Treatment for Pregnant Women with Opioid Use Disorder—Cabarrus County

In 2017, the U.S. Department of Health and Human Services declared the opioid epidemic to be a public health emergency. More than 13,000 North Carolinians died of unintentional opioid-involved poisoning deaths from 1999 to 2017. Opioid use disorder affects populations all across North Carolina, including pregnant mothers. Mothers using opioids during pregnancy can result in a variety of birth defects, miscarriage, and Neonatal Abstinence Syndrome (NAS), preterm birth. 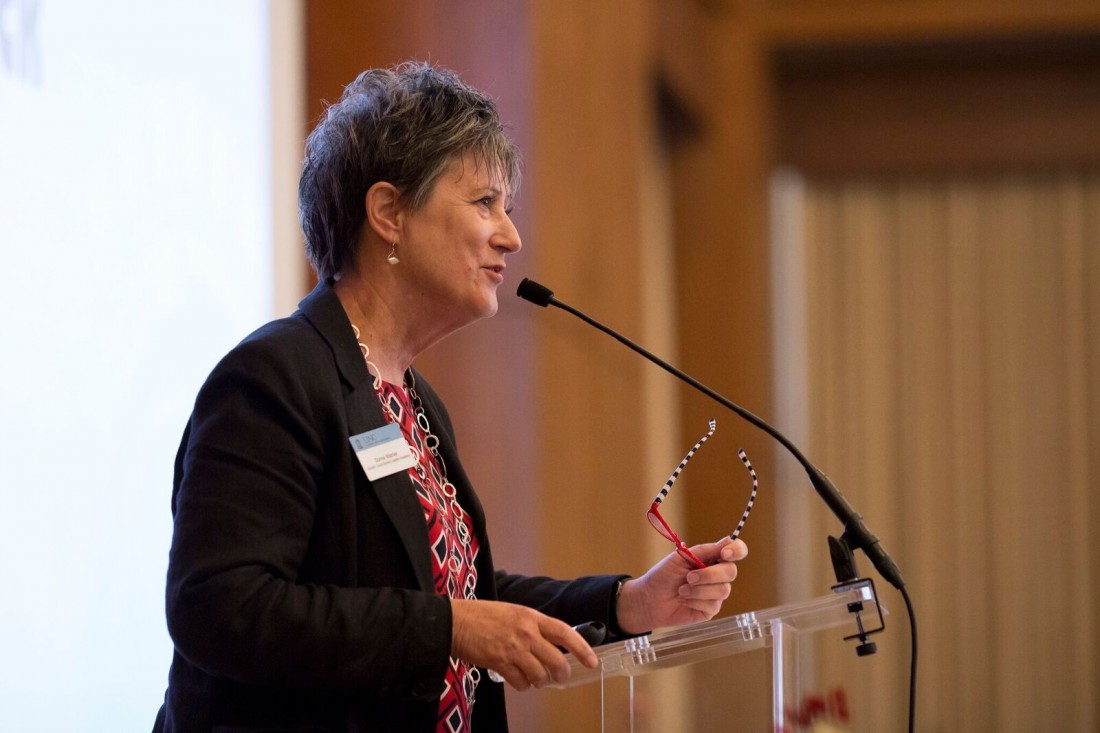 In 2017, the U.S. Department of Health and Human Services declared the opioid epidemic to be a public health emergency. More than 13,000 North Carolinians died of unintentional opioid-involved poisoning deaths from 1999 to 2017. Opioid use disorder affects populations all across North Carolina, including pregnant mothers.

Mothers using opioids during pregnancy can result in a variety of birth defects, miscarriage, and Neonatal Abstinence Syndrome (NAS), preterm birth. Maternal opioid use has also been linked to low birthweight, breathing and feeding problems, and maternal mortality. The CDC reported that from 1999-2014, opioid use disorder rates in mothers at delivery increased by more than four times. North Carolina is no exception, with a NAS related inpatient rate of 9.4 per thousand newborns in 2016, which surpassed the national rate of 7 per thousand newborns.

Cabarrus County experienced an increase in overdose emergency calls as well. In 2016, the county EMS responded to 163 overdose calls. The following year, the number of EMS calls increased to 551 calls. The summer of 2017 showed 81 overdose calls in August alone, which was the highest volume in North Carolina at that time. Cabarrus County also struggles with newborn withdrawal hospitalizations at a rate of 7.6 hospitalizations per thousand births, which is greater than the national rate, though not as high as the statewide rate for North Carolina. The Cabarrus Health Alliance addresses the opioid crisis and opioid use during pregnancy in Cabarrus County. Dr. Russell Suda of the Cabarrus Health Alliance contributed to forming the Substance Use Network (SUN) Project, which focuses on creating a network of collaborative care between the variety of healthcare providers in Cabarrus County. The project revises the model of care in which providers are only engaged with their individual component of treatment and moves care toward a more holistic model. SUN engages mothers with substance use disorder and welcomes them with a supportive environment. Mothers are provided care throughout their pregnancy and given access to medication-assisted treatment in order to minimize the baby’s exposure and mother’s withdrawal.

Cabarrus County’s model reflects the recommendations of UNC Horizons program Executive Director Dr. Hendree Jones. UNC Horizons observed an increasing proportion of women with a primary diagnosis of opioid use disorder every year. Dr. Jones says that helping pregnant mothers with opioid use disorder “is looking for who in their community provides compassionate prenatal care, it’s looking for knitting together the different types of social services that are there,” which could include everything from food, transportation, spiritual, and childcare needs.

Cabarrus County leadership and Cabarrus Health Alliance initiated broader conversations around the opioid crisis in their communities following the high overdose call volume in summer 2017. The county reduced their overdose rate through raising awareness and countywide programs. The community conversations provided the public with statistics, information about the dangers of opioids, and overdose prevention strategies. The countywide programs included a syringe exchange program that allows people to exchange used syringes with clean ones, which lowered the Hepatitis C and HIV rates in Cabarrus County. The program also provides education on overdose prevention and training on how to use Naloxone, the overdose reversal medication. Leaders in Cabarrus County participate in the Opioid Response Project coordinated by the ncIMPACT Initiative at the UNC School of Government. Cabarrus Health Alliance partners with a variety of agencies and local organizations to reduce opioid use through the substance use prevention program and the syringe exchange program. The alliance is a public health authority of Cabarrus County and receives substance use funding from the US Department of Health and Human Services through the Drug Free Communities youth substance prevention program, NC DHHS – Division of Mental Health, Developmental Disabilities, and Substance Abuse Services (DMHDDSAS) for implementation of the Opioid Action Plan, the NC Department of Transportation Keeping Every Youth Safe (KEYS) program, and from NC DHHS – Division of Public Health for Emergency Overdose: Local Mitigation to the Opioid Crisis for Local Health Departments and Districts. The NC Pregnancy and Opioid Exposure Project provides a compilation of information on resources and services involving pregnancy and opioids. Cabarrus County is not the only county tackling the opioid crisis. NCDHHS compiled a list of counties with syringe exchange programs, which can be found here. North Carolina Association of Local Health Directors’ Opioid Work Group and the NC Division of Public Health’s Injury and Violence Prevention Branch (IVPB) also put together a guide for local health departments that outlines tools and best practices to address the opioid epidemic. IVPB also has a Menu of Local Actions to Prevent Opioid Overdose in NC, which covers 15 potential impactful activities at the local level.

To learn more about the Opioid Response Project coordinated by the ncIMPACT Initiative, please visit: https://www.sog.unc.edu/opioidresponseproject