Elder abuse is a growing problem in the United States with about 10% of elderly adults abused in some way each year. The United States Department of Justice Elder Justice Initiative defines elder abuse as “intentional or negligent act by any person that causes harm or a serious risk of harm to an older adult.” Elder abuse could fall into five major categories, including: physical abuse, financial fraud, scams and exploitation, caregiver neglect and abandonment, psychological abuse, and sexual abuse. The initiative explains that elderly adults are vulnerable for a variety of reasons including isolation, physical or mental conditions, and close contact with caregivers, and that resources for assistance may be hard to access.

In North Carolina, 16.7% of the population was estimated to be 65 years of age or older in 2019 (US Census Bureau). The North Carolina Department of Health and Human Services estimates that from 2017 to 2037, the 65+ age group will grow 64% and the 85+ age group will grow 111%. With the population of older adults growing, elder abuse may become even more of an issue in years to come. 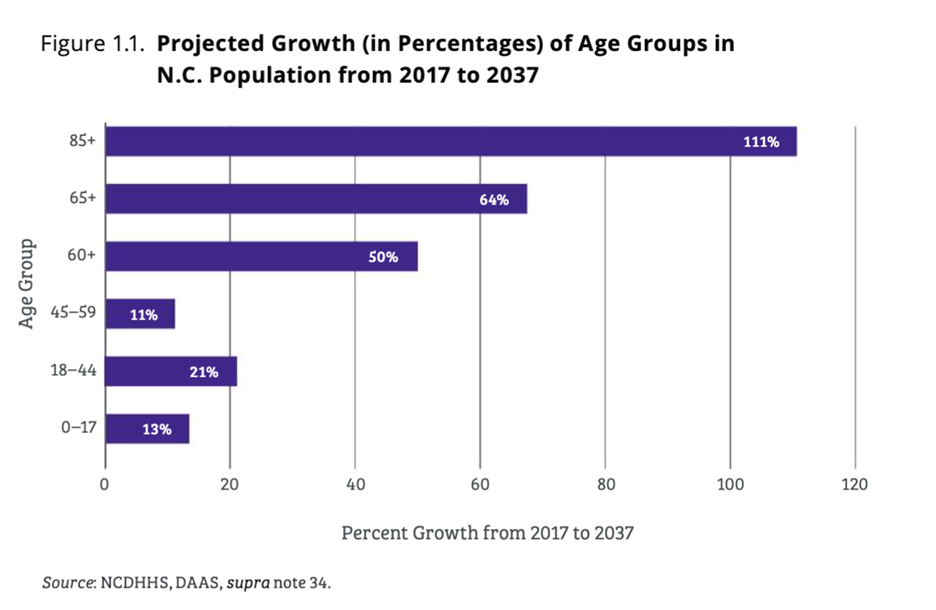 Multidisciplinary teams (MDTs) offer a method of combatting elder abuse. The teams consist of individuals from agencies or organizations that collaborate to prevent and combat elder abuse. MDTs are considered a best practice because they provide groups the ability to address elder abuse from multiple perspectives, and offer benefits to clients, MDT members, and communities alike. Some states require multidisciplinary teams by statute, though North Carolina does not.

Many counties in North Carolina have MDTs designed to address elder abuse, such as the one we are highlighting in Johnston County. The Johnston County multidisciplinary team, led by Clerk of Superior Court Michelle Ball, works together on elder abuse and exploitation cases. The MDT enables Johnston County to holistically coordinate its tailored response to each case and involve agencies with expertise in the relevant area. 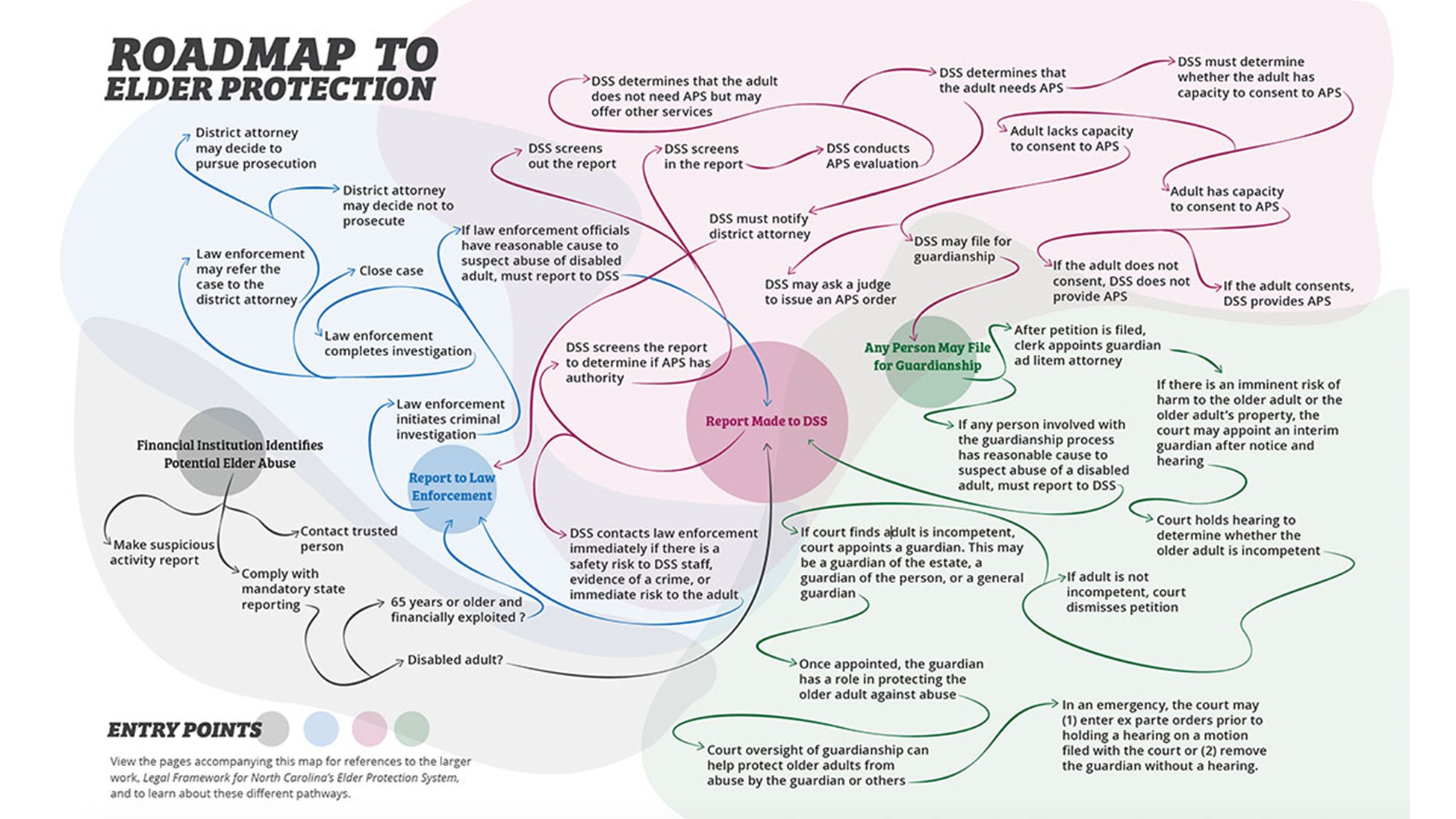 Meredith Smith shared that a 2019 survey indicated 25% of North Carolina counties had MDTs and another 20% were working to build a multidisciplinary team. Now 34 out of 100 counties in North Carolina report having an active MDT in their county. The North Carolina Elder Protection Network provides an opportunity to connect with other professionals in the aging and adult services field through their Find Your Peers page. Smith also shared she observes an increased formalization of collaborations that may not have been called a multidisciplinary team previously.