The issue of community and police relations acquired a great deal of public attention in recent years. In 2017, Mayor Sammy Phillips of Jacksonville, NC launched the “One City, Our City, My City” campaign to promote respect, caring, and collaboration among the community. The Jacksonville Police Department adjusted their training and review procedures around use of force incidents and decreased their use of force numbers from 103 instances in 2012 to 23 instances in 2018. 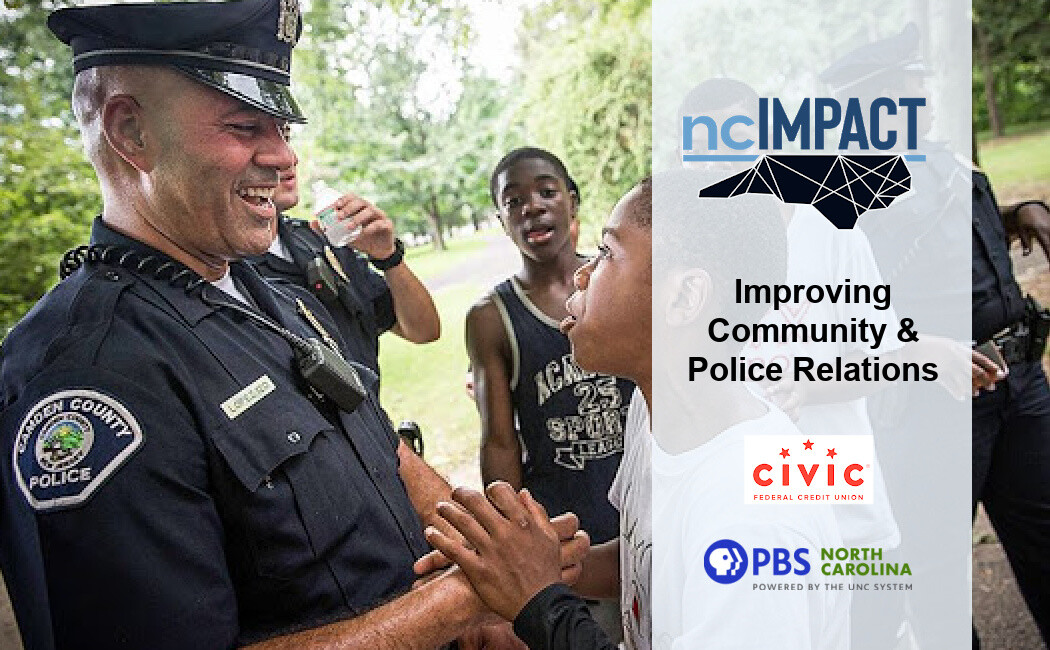 The issue of community and police relations acquired a great deal of public attention in recent years. Instances of police use of force raise questions about accountability—prosecutors must determine whether the use of force was justified when deciding whether to pursue a criminal case. In some cases, police officers found to engage in excessive use of force resign before they are terminated from employment and are able to begin work at another police department.

Jacksonville, North Carolina remains one of many communities concerned about community-police relations. In 2012, the Jacksonville Police Department had 103 use of force incidents. In a recent ncIMPACT episode, Symeria Johnson, a Jacksonville community activist, asserted that it is not the job itself, but when people bring their biases to work and profile others that make this an issue. Mayor Jacques Gilbert of Apex, NC described the importance of improving cultures within police departments. District Attorney Ernie Lee explained that Jacksonville tries to learn from events occurring on the national stage and work to prevent such events from happening in their city. 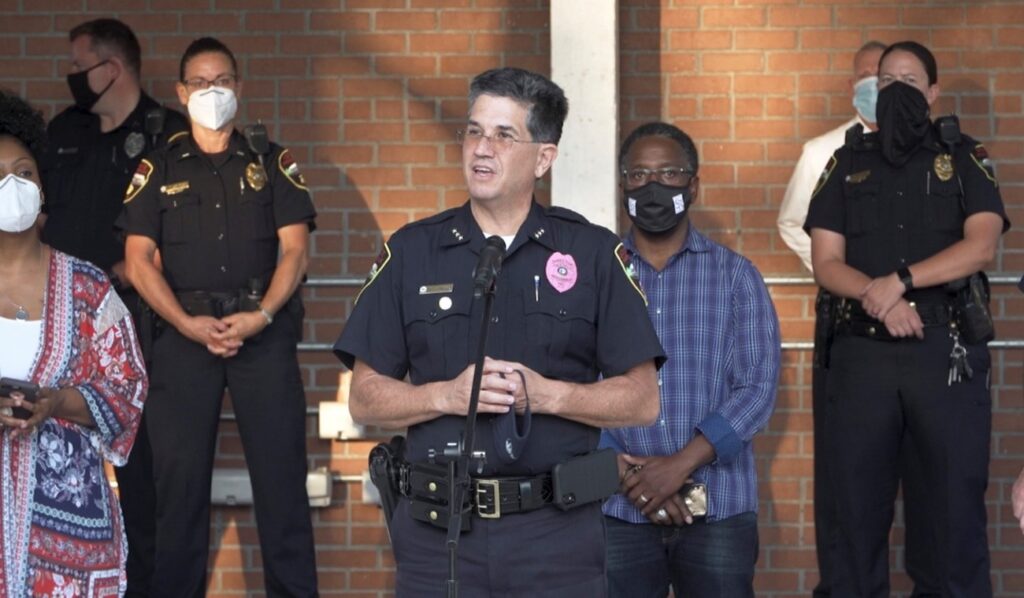 To address relations between police and the community, the City of Jacksonville engaged in a variety of efforts both in the community and within the police department. In 2017, Mayor Sammy Phillips launched the “One City, Our City, My City” campaign, which promotes respect, caring, and collaboration among the community, and emphasizes getting to know neighbors and celebrating differences. The city has a One City, My City, Our City Faith Committee involving local faith leaders in their efforts. Following the social unrest of summer 2020, community leaders, activists, and city leaders came together to discuss policing a diverse community and begin conversations for a pathway moving forward.

The Jacksonville Police Department engaged in internal processes to improve their work. They adjusted their training and review procedures around use of force incidents and decreased their use of force numbers from 103 instances in 2012 to 23 instances in 2018. Training programs included Crisis Intervention Training, verbal judo (de-escalation with words), Integrating Communications, Assessment, and Tactics, and close review of every use of force incident. Police Chief Yaneiro emphasizes that community policing principles are incorporated into the everyday work of the department, and the department received recognition for its work through the Leadership in Community Policing Award from the International Association of Chiefs of Police. Jacksonville Police Department emphasizes the importance of addressing mental health issues and the opioid epidemic as well. As part of the One City, Our City, My City campaign, the police department worked to improve understanding of these issues and improve communication about mental health services and police interaction. 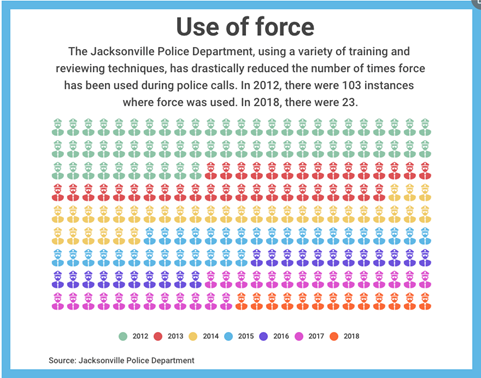 Source: Jacksonville Police Department, included in “JPD reduces use of force with goal to ‘preserve life’”

The Mayor of the City of Jacksonville, Sammy Phillips, launched the One City, Our City, My City campaign on behalf of the City of Jacksonville and in partnership with the Jacksonville Police Department. Members of the Mayor’s Faith Committee are involved in the effort. District Attorney Ernie Lee is also involved. Dr. Tobi Gilbert is a crisis counselor on staff with the police department who focuses on mental health issues in the community. Onslow County Health Department Strategic Opioid Advanced Response (SOAR) partnered with Catalyst Church to host a community forum to gather input about addressing substance misuse in the county.

The City of Jacksonville continues to implement programs, including a new threat assessment team program in partnership with Onslow County Schools. The teams partner school resource officers (SROs) with school staff and school psychologists to improve communication, assess situations regularly, and build trust between SROs, students, and staff. Many of the trainings the Jacksonville Police Department engages in are offered through Coastal Carolina Community College and North Carolina Justice Academy, and are also available to other police departments in North Carolina.

Community-oriented policing and developing trust between police officers and residents appears to be a promising approach. In a study of New Haven, Connecticut, researchers found that instances of positive interaction with police officers unrelated to any type of enforcement could improve resident attitude toward police. This practice does not replace other practices that may address other components of the issue, but it can serve as part of a framework for police departments hoping to build trust with the residents they serve. 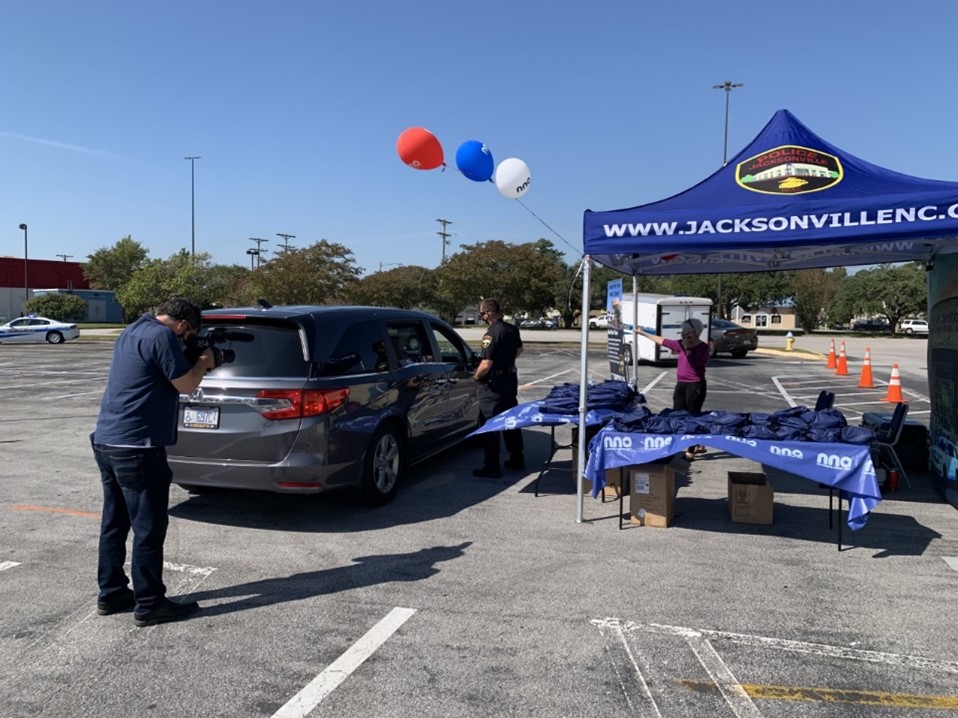