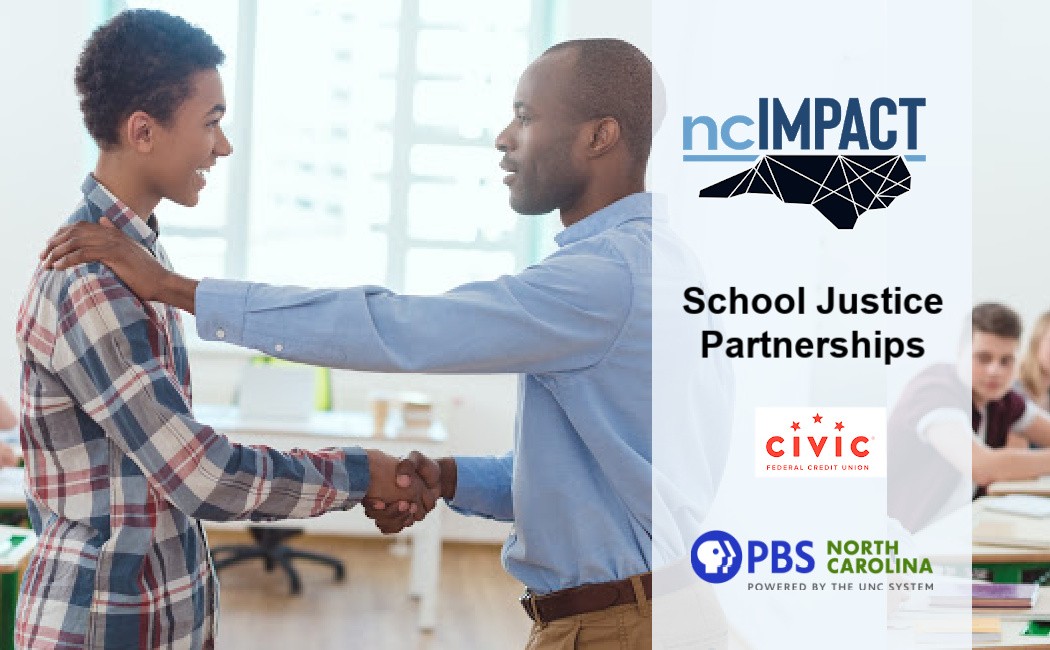 In North Carolina, in some cases exclusionary discipline involves a direct referral to the justice system. According to the North Carolina Judicial Branch, 40% of North Carolina referrals to the juvenile justice system are school-based, and overwhelmingly for nonviolent offenses and misdemeanors. African American students represent just over a quarter of the student population but over half of suspensions in the state. Similarly, 13% of students are disabled but they represent 24% of suspensions. Students with disabilities are disproportionately represented in the prison system as well. In a study of students exiting public high school in 2000, 12.8% of students with disabilities entered prison within 18 years, while only 5.6% of students without a disability entered prison in the same time frame. 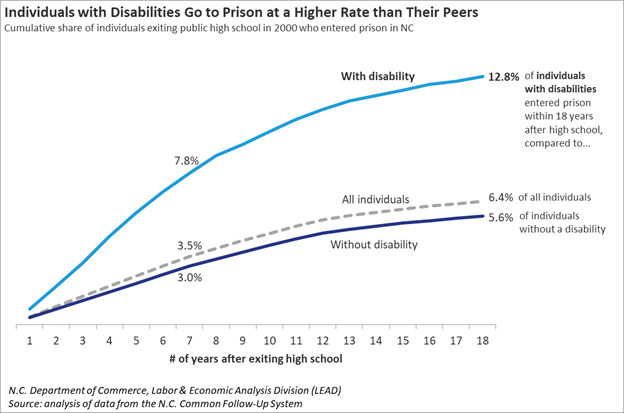 Source: From School to Prison: The Criminal Justice Outcomes of Youth with Disabilities in North Carolina

In 2015, New Hanover County was the first county in the state to create a School Justice Partnership (SJP) designed to reduce the use of exclusionary discipline such as in-school arrests, out-of-school suspensions, and expulsions. Chief Justice Jay Corpening convened community stakeholders to reconsider their county’s approach to school discipline. The group collectively decided on a set of practices called a graduated response system that the school systems and stakeholders agreed to implement to reduce the use of exclusionary practices. The graduated response model outlines several tiers of discipline before a student would be referred to the courts, providing them with multiple chances to improve their behavior and account for single instances. In the New Hanover County graduated response model, a student would receive at least two responses before being referred to the justice system.

The partnership succeeded in reducing the number of school-based offenses in the juvenile justice system, which serves a dual purpose—keeping students in school to reduce their contact with the justice system, but also enabling court personnel and school resource officers to focus on the students who do need to interact with the justice system. In the first year after the New Hanover SJP was established, the number of juvenile justice referrals declined by 47% and continued to decline in the years since. In a 5-year trend analysis, the percentage of offenses that were school based offenses in New Hanover County declined from 43% in 2015-2016 to just 21% in 2019-2020. 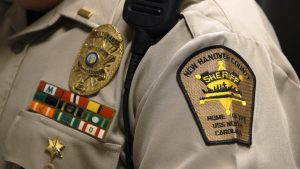 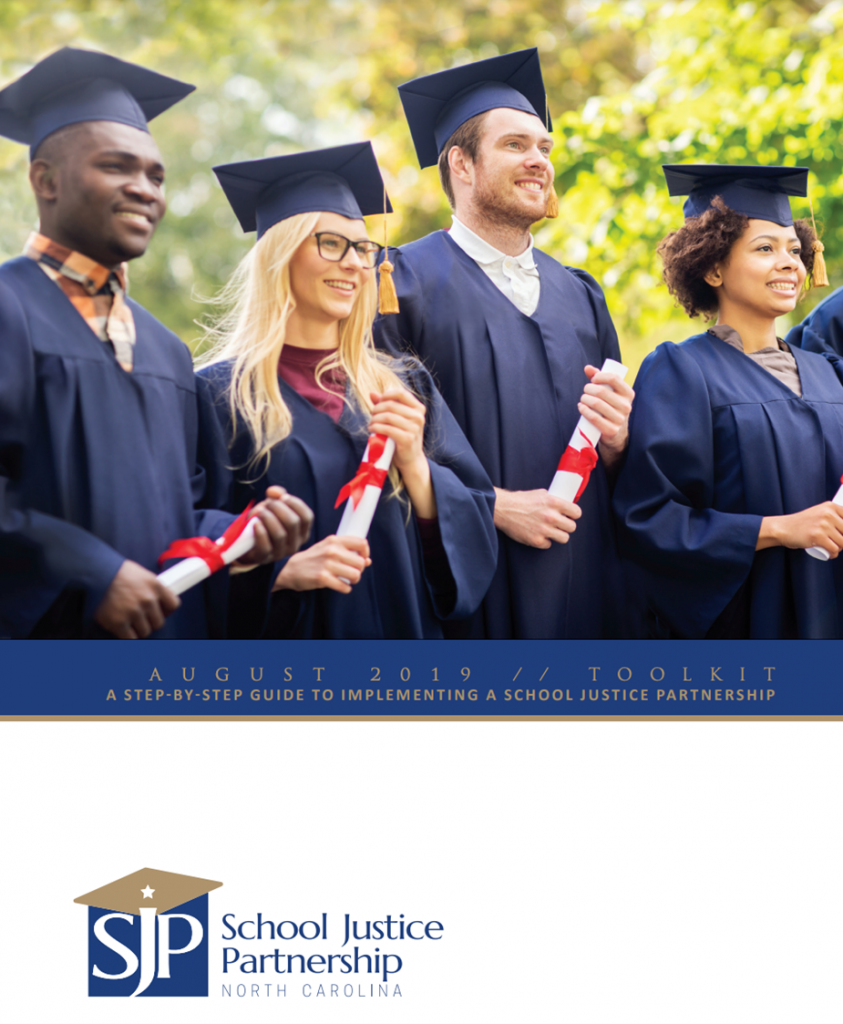 The North Carolina Judicial Branch seeks to establish School Justice Partnerships in all 100 counties, as authorized by the Raise the Age law. Thus far, Brunswick, Greene, Lenoir, Mecklenburg, Stanly and Wayne Counties have School Justice Partnerships in place for two or more years in addition to New Hanover County. Of the seven, five have had a decrease in school-based offenses of at least 20% from the year before implementation of the SJP. Brunswick County documented the greatest amount of success—since 2016, the year before the SJP was established, the county reduced the share of school-based offenses from 366 offenses to just 74, a decrease of 79%.