The Triangle region has seen housing and apartment prices rise dramatically. The main strategy municipalities are using to address these issues is the Missing Middle Model for housing, which can be defined as “a range of house-scaled buildings with multiple units – compatible in scale and form with detached single-family homes – located in a walkable neighborhood.” Increased housing options are necessary to meet the demand and ensure affordable housing is available for the region’s residents. 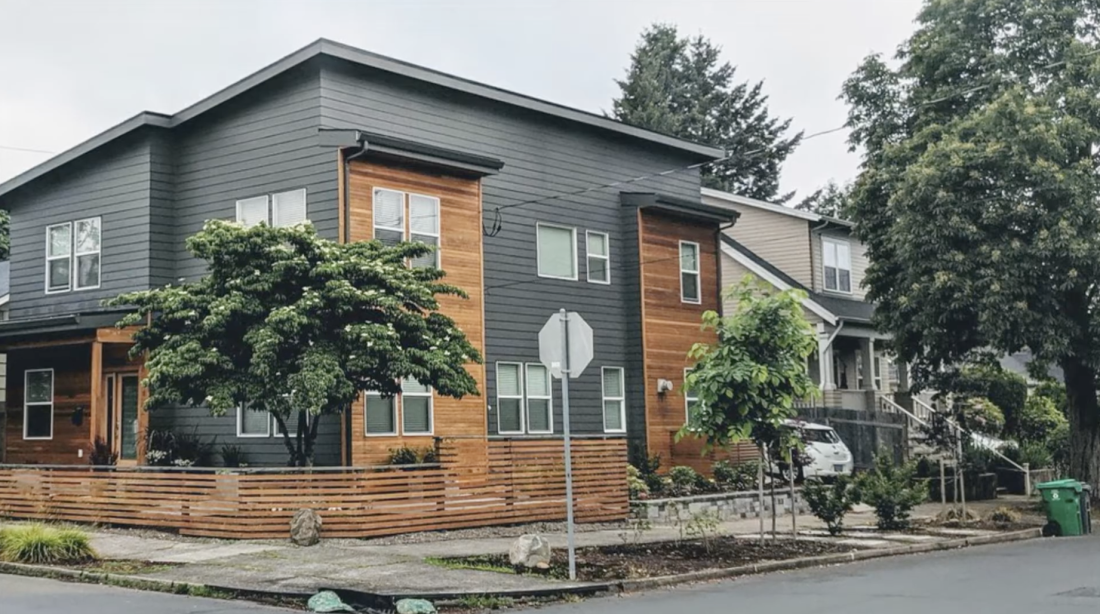 The average single-family home price in the Triangle region rose over 12 percent to $327,500 from 2020 to 2021, according to Zillow. This dramatic increase tracks with national trends, as average home prices were the highest in 14 years in 2020 and rose to over $335,000 by 2021. Between 2001 and 2020, the U.S. built 276,000 fewer homes on average annually compared to the previous three decades. Recent supply chain and inflationary issues exacerbated the problem, with 93 percent of construction projects struggling to acquire affordable materials in a timely manner and nearly 90 percent of construction firms unable to retain enough skilled laborers to meet market demand. Recent pandemic events led to fewer homeowners moving, thus reducing available housing options. Even smaller towns, such as Rolesville, NC, are feeling the strain of labor shortages and increased construction costs.

These are unfavorable conditions for potential home buyers and renters alike. With even one-bedroom condominiums commanding high prices, rents are outpacing mortgage rates in some parts of the Triangle. The increase in demand paired with the lack of new housing leads to unfavorable buying conditions, where a particular property can entertain dozens of bids, and be taken off the market within 24 hours of its initial listing. Given the ultracompetitive nature of the bidding process, prospective buyers offer above average prices for a home to gain a competitive edge, thus edging out people who cannot afford to make high offers. These conditions increase the difficulty for first-time homeowners, as well as middle and low-income residents, to find housing, given their lack of funds from the sale of a previous property or personal savings. Realtors remark that Raleigh “has very little inventory and no new construction to speak of” and note that properties receive multiple bids well above the asking price. As the Triangle region continues to grow, it is imperative to provide a steady supply of affordable housing to keep up with the high demand. 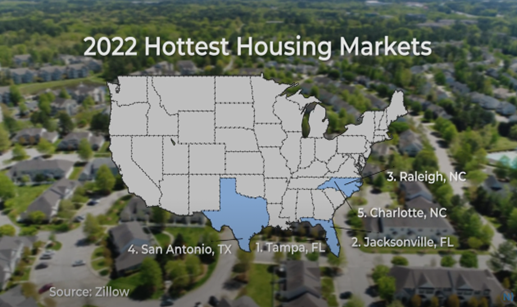 The main strategy municipalities in the Triangle region use to address this challenge is the Missing Middle Model for housing, which can be defined as “a range of house-scaled buildings with multiple units – compatible in scale and form with detached single-family homes – located in a walkable neighborhood.” Using this model, Raleigh promotes housing that falls between single-family homes and apartments, usually in the form of condominiums or duplexes, by developing new housing or adapting existing structures. Other large cities that have adopted the Missing Middle Model include Minneapolis, Portland, Sacramento, and Asheville. Previously, zoning rules often made it difficult to build mixed-use housing, as they required multi-family homes to be replaced by single-family homes upon new construction. Raleigh recently began to ease these restrictions and applied the model in the North Hills, Downtown, and Hillsborough Street neighborhoods. In order to extend this model across the state, Representative Mark Brody, who represents parts of Anson County and Union County in the North Carolina General Assembly, introduced House Bill 401: Increase Housing Opportunities Act, which would allow municipalities to implement mixed-use housing without the need to change existing zoning laws.

The population in Rolesville, NC more than doubled in the past decade, from 3,786 residents in 2010 to 9,474 residents in 2020, and is one of the fastest-growing municipalities in the state. In response, the town is collaborating with regional planning and housing partners to implement mixed-use housing, with over 3,000 new homes currently being built and several thousand more on the way. The results are that the look and character of neighborhoods are maintained, but there is an increase in the affordability of available properties, as well as an increase in the diversity of people that live in those neighborhoods. By reducing the cost barrier that excludes people from certain communities, Triangle neighborhoods are more open to a mix of racial and ethnic groups, as well as family size and income levels.

Efforts to expand and diversify housing options in the region depend on strong public-private partnerships and impactful non-profit organizations. The City of Raleigh Housing and Development Department partners with the Homebuilders Association of Raleigh and Wake County and its advisory committee, made up of local planners and advisors. The two groups work together to develop the policies and practices that suit the Missing Middle Model and respond to the needs of the city and its residents. In smaller towns, such as Rolesville, town governments work with regional housing partners, such as Crosland Southeast and the Capital Area Metropolitan Planning Organization, to implement the model. These smaller municipalities also seek advice from like-minded communities to learn what practices to implement and avoid.

The DHIC nonprofit assists low-income families to acquire appropriate housing through guidance on finding a home, deciding whether to rent or buy, and providing counseling and education services to clients. It also offers down payment assistance programs and connects its clients with resources that facilitate health, positive educational outcomes, and strong communities. DHIC currently works with a private partner in Raleigh’s College Park neighborhood to provide 17 townhomes targeted to lower-income homebuyers. 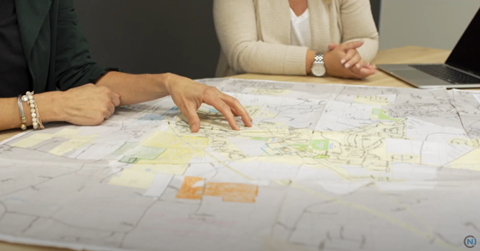 Analysts predict the amount of people desiring to move to cities or nearby suburbs will increase in the decades to come. In the next five years, Rolesville will meet demand by implementing several commercial projects, which include the Main Street Vision Plan and plans for mixed-use developments that include apartments, townhouses, restaurants, retail, and offices. Insurance agents see towns such as Rolesville continuing to be desirable for people and their businesses due to the availability of mixed-use housing.

In 2020, the Urban Institute produced a report, titled Housing for North Carolina’s Future, that outlines strategies for ensuring affordable housing for all North Carolinians going forward. These strategies include introducing a title clearance program in case of disaster, the implementation of an eviction prevention clinic through the court system, and creating an inventory of affordable or publicly owned parcels that have the potential for development. The report also emphasized that it would take a combination of public, private, and philanthropic contributions to make an impact on a statewide level. For the purpose of establishing strong connections between government and private interests, the report recommends a strong allocation of funds towards partnerships that promote housing and health, and improvements regarding housing production, preservation, and protection.