“The results of the 2012 program are impressive. From 2011 to 2012, the number of summer lunchtime meals served increased by 159 percent in the pilot LEAs (109,169 additional lunches served). The number of meal sites in those LEAs grew by nearly 67 percent (seventy-five new sites). Moreover, the eleven pilot LEAs drew down almost $592,000 in federal funds for the meals program in 2012. Statewide—including non-pilot participants—the number of summer lunchtime meals served grew by nearly 18 percent (345,749 additional meals).”

“The SOG team conducted in-depth, sixty- to ninety-minute, semi-structured post-program interviews with each of the eleven pilot LEA sponsors and with each mini-grant recipient (the aforementioned pilots, two regional food banks, Charlotte-Mecklenburg Schools, and the nonprofit Kicking4Hunger). The team then held semi-structured interviews with thirteen site supervisors from the pilot LEAs, DHHS consultants and staff, local and national SOS staff, and others directly involved with this effort. We also conducted follow-up interviews with sixteen former SFSP sponsors who declined to participate in the SFSP in 2012 to explore the reasons for their refusals. In total, we spoke with fifty-one individuals associated in various ways with the summer meal programs.” 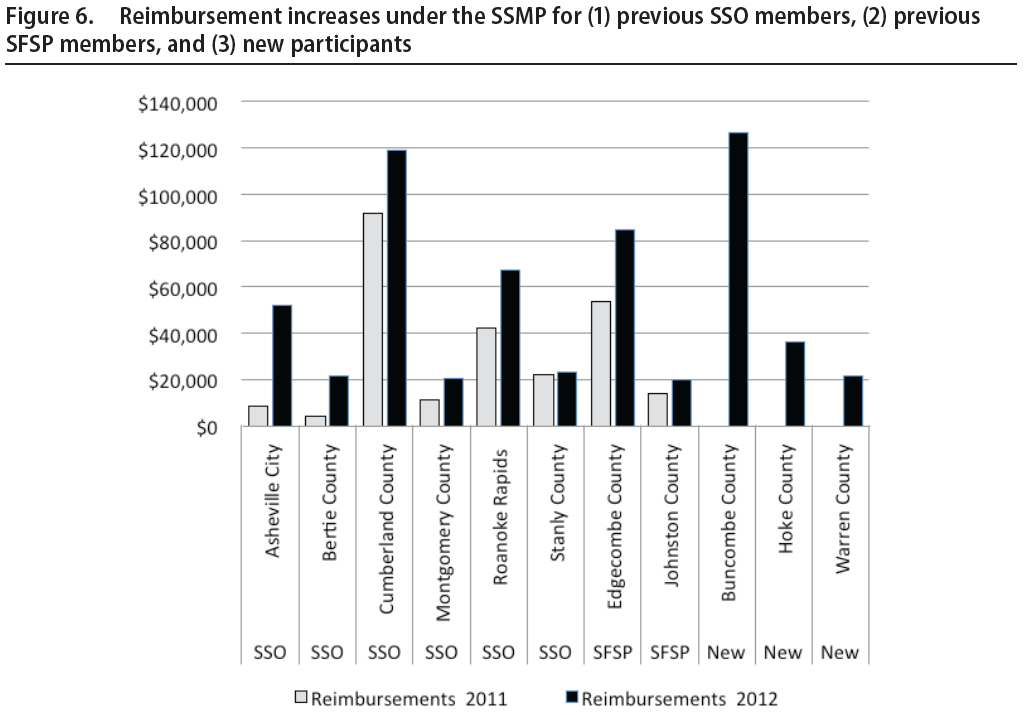