“The overwhelming majority of school staff said they would use products like leafy greens, sweet potatoes, and apples in their kitchens (and some already do). Still, several barriers prevent broader access to fresh produce in public schools. First, some schools do not have the type of equipment shown to be associated with greater use of leafy greens and sweet potatoes. Specifically, combi-ovens—which are strongly associated with the use of fresh greens—are present in only 31 percent of the schools surveyed. Second, preparation of fresh produce can be more time-consuming than some less healthy alternatives, and existing staff hours are not always sufficient. Finally, a small percentage of staff seems unaware that Farm to School produce is available to them and appropriate for their cafeteria menus.” 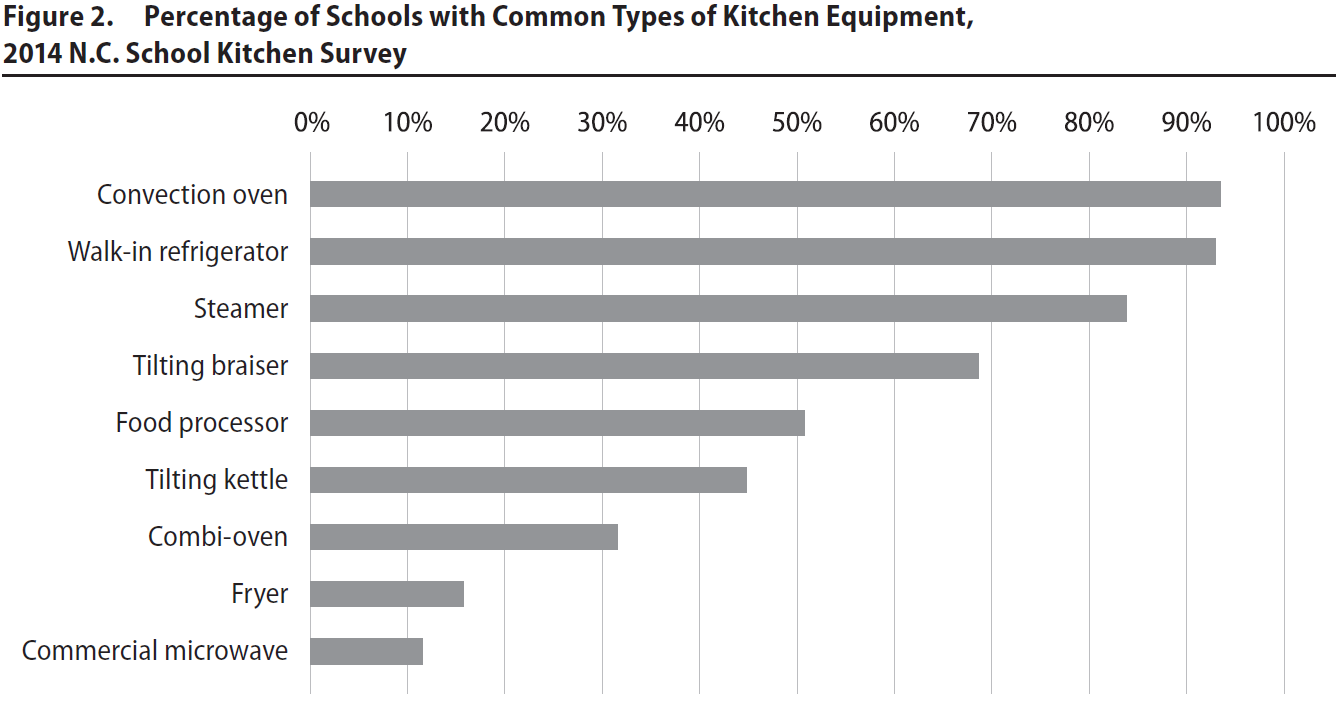