Immigrants represent an important segment of North Carolina residents, making up about 8% of the population, about 12% of self-employed business owners, and accounting for over $14 billion in spending power. The population of immigrants with limited English proficiency (LEP) represents 9 percent of the nation’s population. North Carolina experienced the second-greatest LEP population growth in the U.S. from 1990-2010. 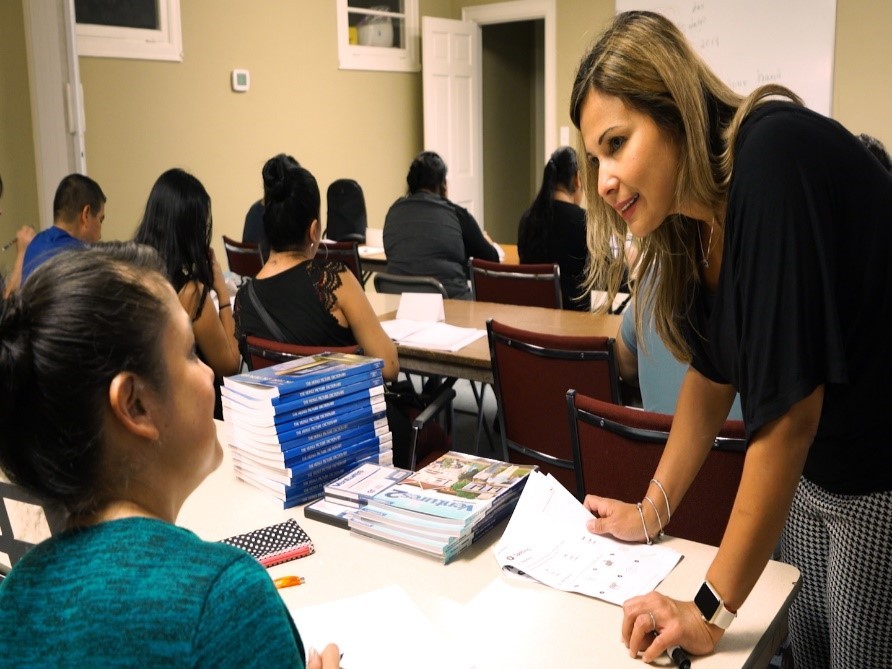 Immigrants represent an important segment of North Carolina residents, making up about 8% of the population, about 12% of self-employed business owners, and accounting for over $14 billion in spending power. The population of immigrants with limited English proficiency (LEP) represents 9 percent of the nation’s population. North Carolina experienced the second-greatest LEP population growth in the U.S. from 1990-2010.

The City of Sanford and Lee County experienced a growing immigrant population and wanted to learn more about this community. The county and city conducted an assessment of their immigrant community in 2014 and 2015 in partnership with the UNC Latino Migration Project (LMP). The study revealed a number of reasons that immigrants chose to move to Sanford and Lee County, but also a variety of challenges to living there and the ability to integrate into the community. Immigrant residents surveyed reported issues regarding access to healthcare, driver’s licenses and alternative forms of identification, education and schools, local government communication, police activities, lack of public transportation options, and work and worker’s rights. Those lacking proof of citizenship or residency status face transportation issues, because without such documentation, residents cannot get a driver’s license. This leaves public transportation as their only option, which is not widely available in North Carolina.

The Building Integrated Communities (BIC) project is an initiative of the Latino Migration Project at UNC-Chapel Hill. BIC partners with community leaders in local governments such as Sanford and Lee County to draft an action plan that addresses issues identified in community assessments. The action plan includes goals to facilitate and improve civic engagement and leadership, communication, police relationships (“trust and mutual respect” and community policing), and public transportation.

Each goal of the action plan centers around the process of integration, which the project considers a two-way process of residents building an inclusive community in which immigrants are able to participate fully. The action plan outlines examples such as updating the Lee County and City of Sanford websites to include Spanish language viewing options, as well as providing city and county government forms and voter registration forms in Spanish. The local program, El Refugio, contributes to the communication efforts in the community through citizenship, English, and Spanish language classes, as well as providing a list of local resources for families transitioning to life in Sanford.

The City of Sanford and Lee County partnered with the Building Integrated Communities initiative to conduct the study and develop their action plan. The BIC initiative assists communities and local governments around North Carolina to learn more about their immigrant residents and develop inclusive practices. BIC is an initiative of the Latino Migration Project, an education and research program at UNC-Chapel Hill. El Refugio is a community partner in Lee County based out of Jonesboro Methodist Church. The language and family programming services they offer contribute to the BIC action plan and integration process in Sanford and Lee County.

BIC partnered with six North Carolina communities in the past 10 years, including Chapel Hill, Siler City, Greenville, High Point, Winston-Salem, and Sanford. Through these partnerships, communities across the state engage immigrant residents in their communities and work to address their unique needs through creative and inclusive means. These integration efforts strengthen neighborhoods and communities and make them more desirable places to live and work.