Northeastern North Carolina faces clear economic challenges, including a notable lag in employment growth.  Some unique assets are responding to the challenges in promising ways. The region’s Elizabeth City State University (ECSU) has several programs helping to prepare students for jobs that exist and create ones that do not. The university is ranked as the number one historically black college and university for economic mobility, partly because it is intentional about investing in its students in ways that promote the region. Despite the challenges, many in the region are focused on changing the trajectory for youth and young adults. The focus on youth is not coincidental.  Research shows that almost 60 percent of adults who struggle financially in their teens continue to do so by age 30, facing low earnings, high poverty rates, and many other socioeconomic barriers to employment. Gender and race are significantly associated with earnings, even after controlling for other factors relevant to employment, with women having a greater probability of learning less than men and African Americans having a greater probability of earning less than white and Latinx populations. Elizabeth City State University has several programs and resources targeted at helping its students and the surrounding region move toward a brighter future. The university’s Department of Aviation and Emergency Management, with its three programs of Aviation Science, Unmanned Aircraft Systems, and Emergency Management, seeks to promote upcoming technologies and industries that have the potential to benefit the region. Within the Aviation Science program, students can choose to concentrate on avionics, aviation management, flight education, or professional aeronautics. The program offers experience with flight simulators, flight trainers, and labs for air traffic control. The Unmanned Aircraft Systems (UAS) program provides aviation and engineering-based courses with a variety of technical assets, such as a new flight-testing facility that is located on a nearby 110-acre farm. The Emergency Management program is the only in-person, four-year emergency management program in the state, and ECSU is one of the only HBCUs in the nation with such a program. It allows students to take a diverse selection of electives that promote emergency management in other fields. In addition, there are clubs and organizations associated with this program that further develop students, including the Community Emergency Response Team and the International Association of Emergency Managers.

The university is intentional about investing in its students’ sense of belonging, which may be why ECSU is ranked the best HBCU in the country for helping lower- and middle-income students move up the economic ladder. At a recent ncIMPACT town hall on economic mobility, Gary L. Brown, ECSU’s Vice Chancellor for Student Affairs, said the university reflects the importance of belonging in his three main measures for student success: success in the classroom, success in student outcomes after graduation, and success in feeling part of the ECSU community, which includes being supported by fellow students, professors, and administrators.

ECSU has not been immune to the mental stressors exacerbated by Covid –19, but the campus remains focused on delivering student support. ECSU offers comprehensive counseling services that are available year-round. Viking CARES (Campus Advocates for Recovery and Educational Services) provides educational programs on mental health, as well as mental health workshops and training. In addition, the school offers students the opportunity to join the Sister to Sister program or the Champion Scholars program, designed for female and male students respectively, which allows for members to “provide a system of support in advancing the achievement and cultural engagement for minority men and women in eastern North Carolina by presenting academic, professional, social, and cultural opportunities.” Both programs improve retention and graduation rates and instill a commitment to success. ECSU uses collaborations to support its students and region. One major collaborator is NASA’s Minority University Research and Education Program Aerospace Academy, which seeks to increase the number of historically underserved and underrepresented students from the northeastern North Carolina region and beyond who are pursuing NASA-specific STEM careers. The academy develops partnerships with K-12 and postsecondary institutions to promote STEM-based learning and connections with NASA. With ECSU, the academy integrates a NASA-led STEM curriculum that includes learning about 3-D printing technology, UAV design, and sensor-based management systems. The program also promotes science literacy by providing family focus groups, family nights at the university, and home-based family initiatives that seek to provide STEM education to family members of students. The academy further collaborates with community groups, local industries, and professional organizations to provide mentoring and career guidance to ECSU students.

ECSU has also partnered with Wake Technical Community College to promote and improve drone training programs within the state. In December of 2021, the two institutions broke ground on a 106-acre center called Eastern Wake 4.0, which aims to create training labs and flying spaces that will be open to students from both schools. Planned to open in the fall of 2023, the center will promote rising industries, such as robotics and biotechnology, that are the center of the so-called “fourth industrial revolution.”

There are private sector partners too. For example, ECSU has also paired with United Airlines to build a talent pool of pilots for the years ahead. Students in ECSU’s aviation program will gain access to professional development events and programs offered by the airline, current pilots to serve as mentors to interested students, and automatic promotion to First Officer upon graduation. In April of 2021, United Airlines announced its intention to hire over 10,000 pilots in the coming decade, with 50 percent of new hires being either women or people of color. 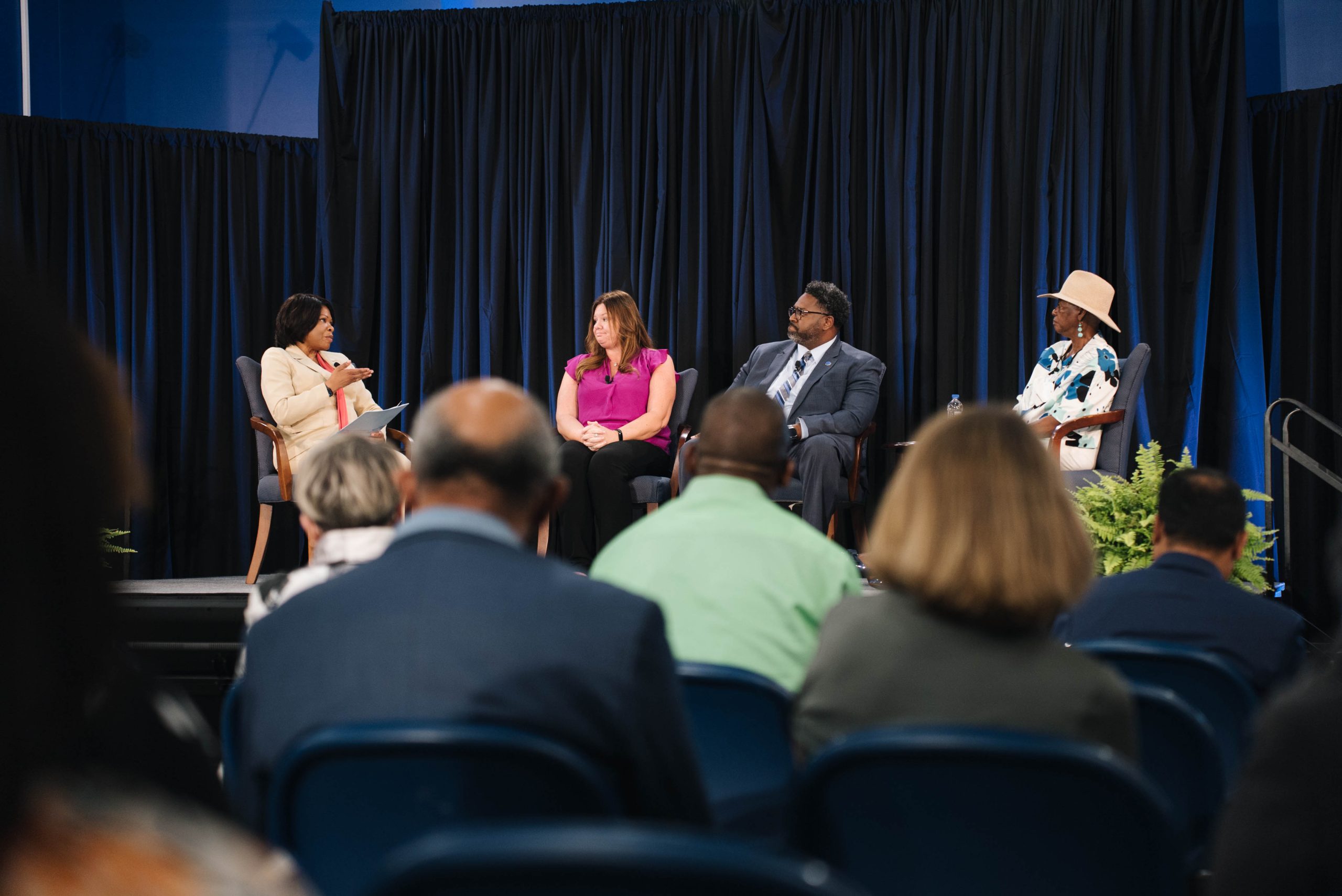 ECSU’s promotion of drones and other innovative aviation technologies has the potential to provide benefits for residents of northeastern North Carolina, especially in healthcare and agriculture. While drones are commonly used in agriculture, some of the many drone-based healthcare options currently being studied are assistance in search and rescue missions, transportation of blood and blood products to rescue operations, and delivery of defibrillators to cardiac arrest patients who cannot make it to the hospital. Using drones for these purposes would provide cost savings compared to other forms of transportation and give healthcare facilities a greater geographic range to serve residents.

ECSU is preparing its residents to work in many of the new jobs that will be created by extending the use of drones and other innovative aviation technologies. ECSU is working with K-12 school systems, community colleges, and the College of Albemarle to build a pipeline of prospective students.